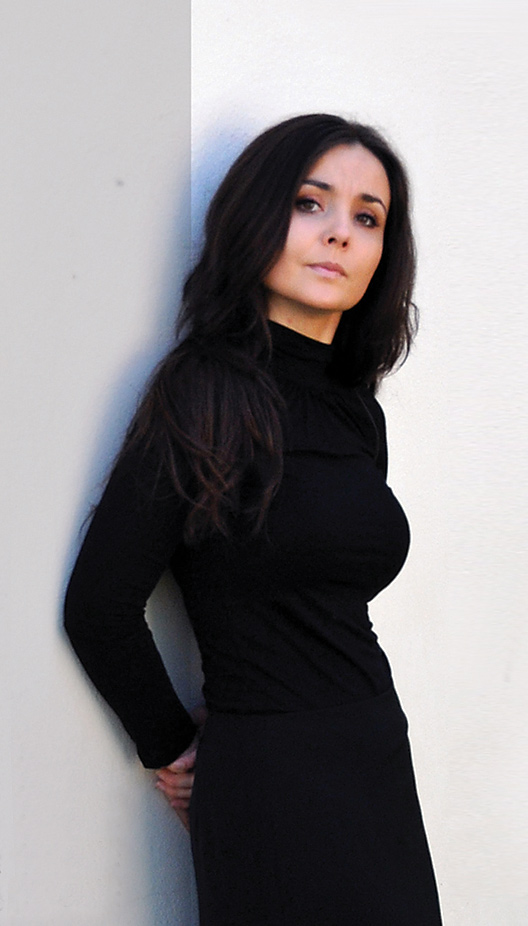 “ (...) lyrical abstraction and realistic portraiture coexist in Gulak’s productions. Acknowledging the trends of contemporary artistic culture, she transforms them via the reinterpretation of forms, typologies and classical iconography. Her art is designed to combine the complex necessities of the contemporary with a language which aims to encourage a revival of an ideal of beauty in its own semantic component. An ideal which is not an end in itself, but is inspired by the primordial idea of “beauty”, arisen from the act which first formed this concept by giving it substance, the act of Creation, which every artist implicitly tries to recreate in a highly mimetic way (...). These two different components of Gulak’s art make of her an absolutely original voice in the panorama of contemporary art ”.

Maria Carolina Campone
Lecturer on the history of contemporary languages of art, Naples

Anna Gulak even received prestigious commissions during her studies. In 2003 she designed and produced a papal medal commissioned by the Holy See for the occasion of the 100th pilgrimage of Pope John Paul II in the 25th anniversary year of his pontificate. In 2010, the Vatican again commissioned her to create a medal for Pope Benedict XVI. Among the places her sculptures can be found are the Paul VI Audience Hall at the Vatican and the Palace of the Vicariate in Rome. In 2013, as a representative of artists throughout the world, she received an Apostolic Exhortation from Pope Francis.

Over the years she has had solo exhibitions of paintings (realistic and abstract), sculpture and graphics, which have been held mainly abroad: Vatican, Italy (Rome, Verona, Siena, Veneto) but also in the Polish parliament. She has also taken part in collective exhibitions in Poland (including the gallery of the Presidential Palace in Warsaw, the Royal Castle in Warsaw and the Zacheta National Gallery of Art), as well as in the US (Chicago) and Canada (Toronto and Montreal). Her works are found in museum collections in Poland and abroad, including the Vatican Museums, the Polish National Museum in Warsaw, the Museum of Medallic Art in Wroclaw, the Museum of the Academy of Fine Arts in Warsaw, the collection of the Pontifical Council for Culture at the Vatican, the collection of the Pontifical Academy of Fine Arts and Letters of the Virtuosi al Pantheon in Rome, the collection of the Polish Mint in Warsaw as well as in private collections in Poland, Germany, France, Great Britain, the United States, Canada, Italy, the United Arab Emirates and India.

Gulak has four main areas of activity: painting, sculpture, graphics, plus design. With such great versatility, one can clearly notice a main feature of the artist: the great variety of interests combined with experimentation with the complex of cultural matrices, where the recovery of classical tradition materializes itself in forms extremely "contemporary" in a recognized meaning within the artistic field.